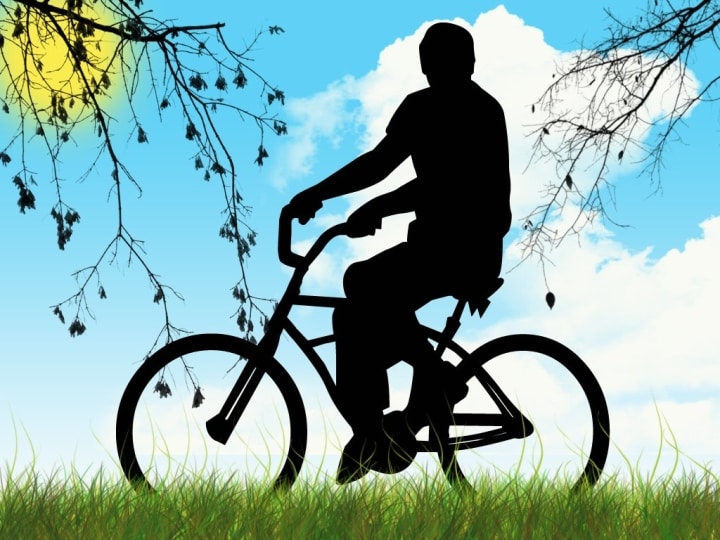 Commuting: our take and some issues

Our offices are located behind The Lille Opera House, the gateway to the city’s old town (Vieux Lille). It was important for us to make sure that our office location be accessible: we are just a few hundred meters from the town’s two train stations. Two metro stops and the city's bike share, V’Lille, are just a few steps away with a bus stop just in front of the office that completes the picture. A fairly ideal location, in part chosen to incentivize the use of public transport.
It goes without saying that KaraFun Group doesn’t have any company cars.
In the face of the global climate emergency, KaraFun Group is doing our utmost to contribute to behaviors that improve air quality, preserve our environment and globally reduce our carbon emissions. We want to go beyond greenwashing. We want to take action and be consistent.
We figure that if everyone does what they can, no matter their situation, we’re already off to a good start.

What means of transport do we use at the office?

KaraFun Group was founded by my brother and myself. For years now, neither of us have had a personal car. Seeing an SUV in the city causes us more sadness than envy.
I decided to poll everyone at the office to know the means of transport used by the team. 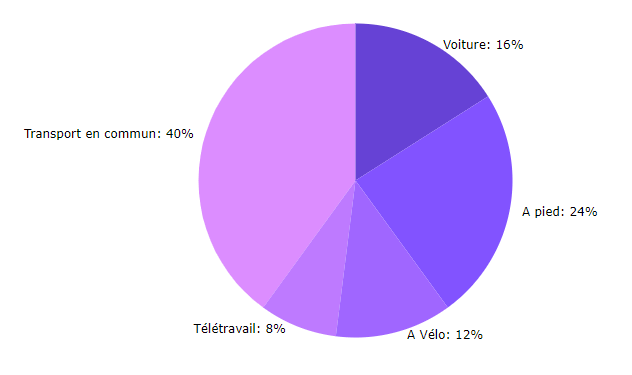 The vast majority of KaraFun Group's employees use public transport or a smaller mode of transport (on foot or by bike). Certain team members expressed desire to do more, but are limited by the lack of adapted infrastructures in the cities surrounding Lille and in the neighboring suburbs.

Working from home is possible at KaraFun Group. It has even sometimes been required in cases in which public transport hasn't been available!
Because of geographical remoteness, a few of the team work remotely the majority of the time. While this is great for reducing a carbon footprint, it’s not that ideal when a teammate is required to be physically present at the offices, because taking the plane has become more efficient, faster and lighter on the pocketbook in comparison to the train.
Enjoy a flight Paris / Berlin for 20€ or connect Toulouse to Lille for 16€ makes it difficult to opt for the sometimes slower and even pricier train. The TGV may remain on the ground, but its prices are soaring. I am of course in favor of a tax on kerosene, the sooner the better, although I know that my opinion has little importance against that of the air transport lobbies.

How it works at KaraFun Group

We pay for 70% of public transportation costs

That's 20% more than French law requires, but already, just 20% can make a difference. For example, JF comes from Tournai (Belgium), his monthly transportation subscription costs 88€60, 62€ are covered, leaving just 26€60 coming from his pocket. These are savings for him, not to mention the time saved from traffic jams, and on top of that the 1,200 kms traversed monthly by car. Well done in my book!

And not just a little.
We've set a compensation price at 1,000€ per ton of CO2, which may seem like a lot but is actually minimal compared to the true impact of these trips.
We'll donate to associations proposing or implementing solutions concentrating on energy, environmental and societal challenges set to mark the coming decades.
Learn more about KaraFun Group's charitable actions

We’d like to incentivize our employees to come to work by bike. Even if Lille has the reputation of being quite rainy, cycling around the city is relatively easy, mainly because it’s pretty flat. Taking the bike when it is nice out has the added advantage of sneaking in a bit of exercise.
Unfortunately, because Lillois cyclists share the road with cars, cyclist safety is the first obstacle to a more massive adoption of the bike as a means of transport.
A recent internal survey indicates that almost half of KaraFun Group employees would be interested in having a company bike. This is a measure we hope to put in place soon. It is accompanied by a small tax exemption, which this time, is done for the right reasons.
KaraFun Group lacks a bike room, but that should be resolved soon enough.

We want to change things

In Lille, infrastructures adapted for cyclists are lacking unfortunately. Despite the rhetoric, few bike paths are really protected, and don’t be surprised if you hear that Lillois are afraid of cycling, it takes indeed a dose of courage to face the unexpected doors opening in the street and the incivilities of drivers and their vehicles. Lillois cyclists are the real heroes of everyday life!

On the public transport side, a lack of coherent policy within the city, one that prefers to invest in control turnstiles in the subway (total BS) rather than in relay parking. Worse, recent decisions like setting up a blue zone at the foot of some tram stations, for example, prevent a colleague from leaving his car and finishing the journey via tram. Along the same lines, transport that no longer runs late into the night, including trains and some buses, makes using a car virtually indispensable. Quite hard.
All of this is distressing, but consciences are changing, and politics should follow.

Avoiding moving offices is ideal. While it is commendable to offset carbon, not taking an airplane will always be the best solution.
By not being present at all music industry trade shows around the world, we are, more than likely, losing business, but we prefer it this way. Along the same lines, by processing as many requests as possible electronically rather than face-to-face, we may losing out on a deal that might have been fruitful had we done so after a face-to-face meeting.

In the absence of laws that would allow us to begin to seriously fight against global warming, companies that currently make the choice of sobriety can be mechanically disadvantaged over others. It's the price to pay, and in so doing we have to explain it to our potential clients and partners.

However, when the majority of other businesses do not do anything, or worse try to greenwash away their sins, working in a caring society that offers real change can bring pride and sense of purpose. Membership even.

A great team-building classic at KaraFun Group is our annual seminar in the sun.
Living all year in Lille, I easily admit that the idea is attractive.
But in reality, isn't it the atmosphere and especially the people with whom we travel with that counts much more than the final destination, as sunny as it may be?! For example, I have wonderful memories of our seminar in Amsterdam, while our trip to Fez did not affect me in the same way. Let's try to focus on the path and the experience, rather than the destination.
Our next trip? Maybe a collective, ecological adventure ... Head from Lille to Amsterdam by bike? Trek to Saint-Malo Peking Express style? Join us if you'd like to find out what's next and tag along on the adventure!