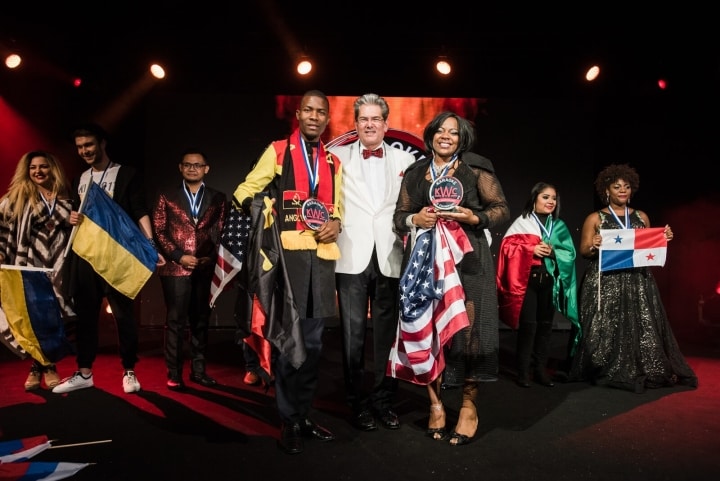 They are the Champions...

Competitors from Australia and France have won the World Karaoke Championship! Karaoke Version was the official sponsor of this event that gathered amateur singers from all around the world to Finland. Until the songs of the two winners become available in exclusivity on Karaoke Version, you can download and practice the ones performed during the final stages. And who knows, maybe you will be next...
During the Finale, Julie Gonnet chose to sing L\'hymne à l\'Amour while Michael Bates sang You Raise Me Up.