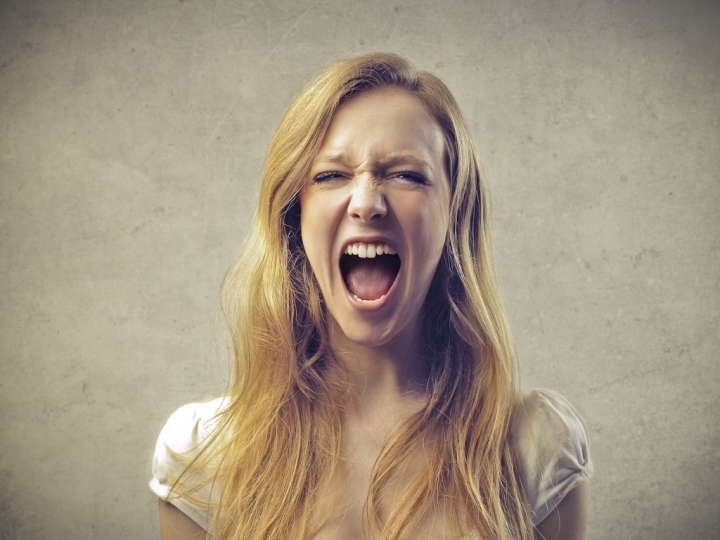 Why all the hate?

Basically, the KaraFun application allows any user to sing along to favorites, classics and hits. Our business model is similar to that of a Spotify subscription. We were therefore amazed to learn, without any forewarning or explanation, that KaraFun is accused of “deceptive behavior.” When we read the page explaining why our app was removed, we seriously debated if we had done something majorly wrong (have a look for yourself, you too may consider us guilty of such crime). After the initial shock, and after reading and re-reading the page, the KaraFun Team went searching for evidence, convinced that Google had to have made a mistake!
Perhaps those that are high up be don't like singing or maybe it's their artificial intelligence that sings off-key. At any rate, in this particular instance, we can't pin it, as is often the case, on "human error." It's perhaps just that: the lack of humanness that riles us up.

The origin of this quote is pretty vague. Personally, I always thought it was Master Yoda but apparently it comes from Spider-Man's uncle. This quote, in my opinion, is "deceptive behavior."
No matter who said what, it begs the question being asked in response to Google's swift and stringent action. After all, it's companies like ours that allow the rise of Android. Companies like ours invest their time and money in the Google Platform and are publicly considered as valued partners.
By deleting our app, without any warning, and with the sole recourse being a button to reclaim discontent with an auto email response that is as impersonal as it is laughable, we can't help but feel a bit neglected and rejected.

Why our app was deleted

KaraFun has been present on the Google Play Store since 2014. We've got more than 20,000 monthly active users. And like all other apps that are present on the Store, we pay the staggering 30% required of Google.
Our most recent app version integrates Android TV, a new feature that is mutually beneficial for Google. Paradoxically, it was this new feature which provoked the deletion of our app.
We immediately contested the action (“appeal for reinstatement”) and received an answer that we can only gather as being an automatic one but that nevertheless gives us some clues to understand what we are being blamed for. It seems that the TV app icon (not visible to the user) is not consistent with the main KaraFun application. Additionally, the claim states that the name of the app is not the same. Admittedly, the TV application is referred to as "KaraFun TV" while the Android application is called "KaraFun." Scary!

Processes and bots against common sense

On a daily basis, we're victims of process. Renewing a transportation subscription, cancelling a train ticket or changing a hotel reservation can become, when the process goes off-track, a real cross to bear requiring major motivation to take it all on. If you work in a big company, it is likely that processes can give you the impression of hindering you from doing your best work. Classic case: I can't talk about process without mentioning bureaucracy, because in the end, trying to change a mailing address with any government institution is a challenge as difficult as finishing an Ironman in the Alps.
And, here we are, stuck in Google's process.
The new version of the application, which corrects the minor issue that we can only guess as being at the root of it all, is ready for deployment. But, unfortunately, we no longer have access to the interface in order to update with the new version being that the application has been removed.

To our users and singers...

Dear KaraFun Android users, rest assured that we are doing everything possible to remedy the issue as quickly as possible.
We can't thank you enough for your patience and understanding as we take this on.